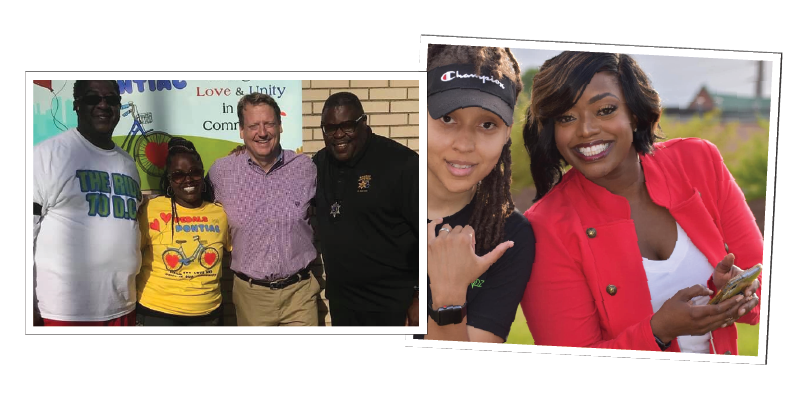 Angela attended Oakland University, where she attained her Bachelor of Arts degree in English. While at Oakland University she worked for the Greater Pontiac Community Coalition (GPCC) and this is where her career in public service began. Working here she was able to work with local elected officials in the city of Pontiac and served as the liaison between different grassroots organizations and programs affiliated with GPCC. She worked on many different community initiatives there, including the Dr. Martin Luther King Jr. Luncheon event, Healthy Affair, Committee of Fifty and Governor Jennifer Granholm’s coordinated campaign committee.

Hearing the call to serve, Tim knew it was time to dedicate himself to a higher cause and become a public servant. Unlike other decisions in his past, Tim describes it as a calling to do what was right.

As a child I always dreamed of growing up to become a transformer. Obviously, that didn’t work out.

Together with his family, the decision was made to take this journey to the next phase. It is through faith and a love for his country that Tim Hawthorne now moves ahead and asks for your support. This is not just Tim’s journey, as we are with him. Together we can make a better tomorrow for our children, grandchildren and the future generations to come.

Angela is deeply connected in our community

In addition to her family’s deep roots and her upbringing in Pontiac and our schools, she has in the past served as an Assistant Coach for years in the Girls Basketball Program at Pontiac Northern High School and at Pontiac High School. She also serves as the Team Administrator of Quest Cheer and Dance LLC. For many community members and organizations, she has consistently gone above and beyond to help them succeed. 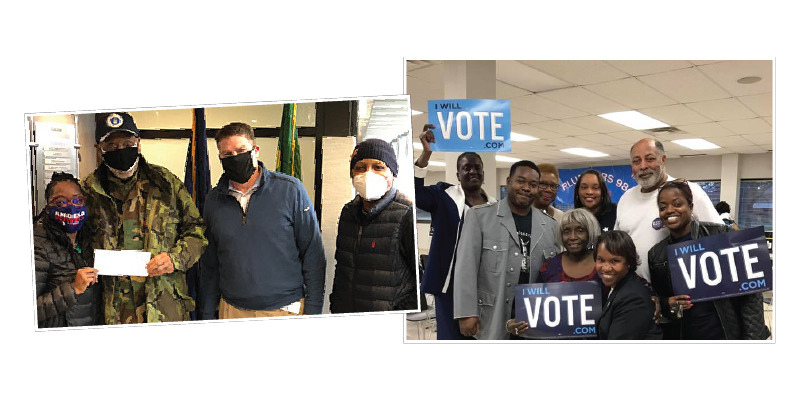 Before Angela was a County Commissioner she worked for State Representative Tim Greimel as his Constituent Services Coordinator, and has been on his staff for years.

Born and raised in Oakland County, I know what our community needs.

Angela is an active and committed Democrat

She previously worked as Community Liaison for the Greater Pontiac Community Coalition. She also worked in the Michigan House of Representatives as a Community Organizer and then Political Director at the Oakland County Democratic Party; she was the first African American woman to hold that position. She currently serves as Treasurer for the Pontiac Democratic Club.